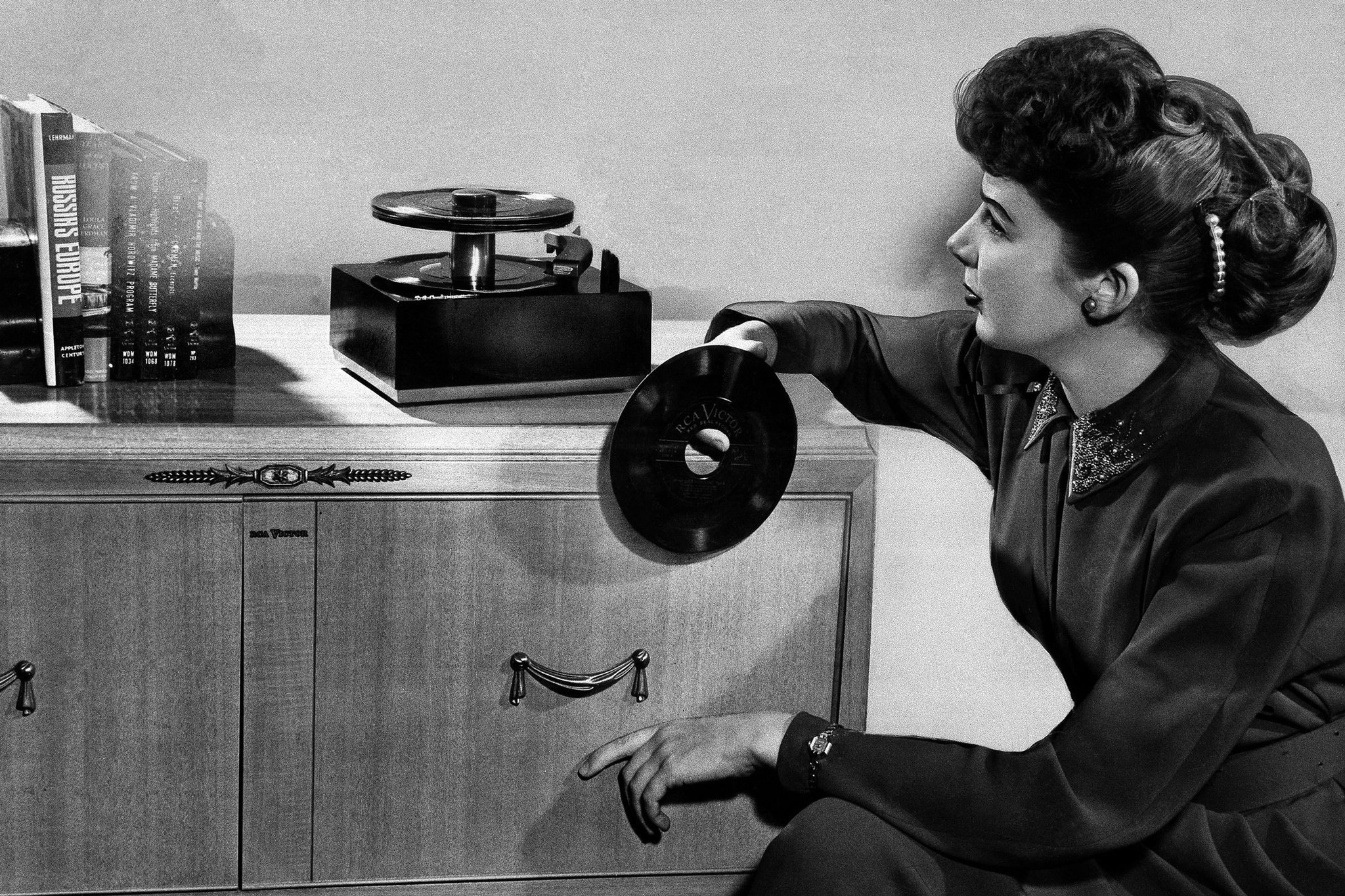 click pic to go to Campstreams Radio Archive page
Only You
Hear this show now!

And Now for The Particulars:

At the age of 11, Preston appeared on Nat King Cole's national TV show singing the Fats Domino hit "Blueberry Hill" with Cole. He went on to play blues founder, WC Handy in a biopic, playing the young WC. In 1962, Preston joined Little Richard's band as an organist, and it was while performing in Hamburg that he met the Beatles.

In 1969, when the Beatles were about to break up while recording the last album they released, Let It Be (they would later record Abbey Road, which was released prior to Let It Be). George Harrison, a friend of Preston, had quit, walked out of the studio and gone to a Ray Charles concert in London, where Preston was playing organ. Harrison brought Preston back to the studio, where his keen musicianship and gregarious personality temporarily calmed the tension.

"Outa-Space" also won the Grammy for Best Pop Instrumental Performance of 1972. In the 90's Intel Corporation used the song to promote their MMX-enabled Pentium processors.

Corea was nominated for sixty-three Grammy Awards, out of which he has won 22. His latest: 2015 for Best Jazz Instrumental Album “Trilogy”, (with Christian McBride, Brian Blade). He fell on hard times his last few years and finally succumbed to his ailments.

The group that made the first rock 'n' roll record in Atlantic Canada. On April 23 of that year (1958) the four Asteroids set out from their homes in Saint John, New Brunswick, for what was then a seven-hour trip to Halifax, Nova Scotia, to make the first rock 'n' roll record in that part of the world. The Asteroids were formed in 1957 by Mel Clark, Jon Everett (Dov Ivry) and Alan Reid. They were 16 years old. When the  Sputnik went up not long after, they sat down and wrote their first song, Satellite. Blast off was the first Rodeo Records, basically a C&W label, release of rock n roll. The Studio only had 2 mics and they cut two 45s. Hi tech! Bob Seely died in 2015.

When I mother-in-law was in hospital in England during her last days, she asked my wife and I to sing her this song. She loved the imagery.

As a child, Hank performed with his musical family at amateur shows in and around the Mulgrave area. It wasn’t long until he was picking and singing, especially the songs of another Nova Scotia native, Hank Snow.

Hank was a popular performer not only singing Hank Snow’s songs but also his own songs. After recording an album of railroad classics called ‘One More Ride’ for the Arc Records label in 1960, he decided to move to Ontario. He was featured on CKCR radio in Kitchener, Ontario, toured with Kidd Baker and eventually joined the cast of the CKNX Barn Dance in Wingham, Ontario. On May 25, 2002, Hank was given the Pioneer Award by the Barn Dance Historical Society and Entertainment Museum.

In 2008 Hank was inducted into the Nova Scotia Country Music Hall of Fame. He lived in British Columbia for a number of years. and eventually returned to Nova Scotia, settling in Auld’s Cove.

I just love this album and it’s on vinyl. I’ll say no more.

Having been a member of successful Canadian band Fludd, Greg Godovitz decided that it was time to form his own band Goddo in 1975. He used Gino Scarpelli from Brutus and Doug Inglis. This was their best received album but due to financial difficulties, Attic Records dropped them.

Voivod have released fourteen studio albums since their inception in Northern Québec in 1982.  The band found mainstream success in the late 1980s with their fifth studio album Nothingface. It’s Voivod's only album to enter the Billboard charts, peaking at number 114. Their latest album,  The Wake, released in 2018 won a Juno Award for Heavy Metal Album of the Year.

Originally known as Tyrannosaurus Rex, they released their first four albums under that name before shortening it to T Rex in 1970. So Spaceball Ricochet comes from the third album under the new name or 7th over all. I know: it’s confusing. The band ended on the evening of Sept 15, 1977 when, after a drinking session at a pub, Gloria Jones crashed their car into a tree, killing Bolan instantly.

Jackson Hawke was co-founded in 1974 by Tim Ryan and Bob Yeomans. The two had originally begun working together as professional musicians in 1963 and had earlier been managed by noted Canadian manager, promoter and record producer Bernie Finkelstein.

This is a band that was based in Toronto but were mostly from the Sault Ste. Marie area of Northern Ontario. To me they sounded a lot like Procol Harum. Great lead vocals by several of their players. They released two albums of good quality songs in 1976 and 77.

Really only known for their song ‘Green Eyed Lady’, these guys were a really good band who released four decent albums. This is from their second one, named after the song you just heard them do.

Chris Hadfield circled around the planet on the International Space Station which most likely inspired his brother, Dave – a pilot for Air Canada – to write and record this song from his CD called Climbin’ Away. Dave is a well known singer/songwriter now, but he used to compose and sing songs with his brother Dave – and still does. Chris was the first human to record an album in space, an LP called Space Sessions which was released on vinyl.

Great pulsating rhythms on this song by ex-Blue Rodeo keyboardist, Bobby Wiseman. I’ve loved this song for a long time but don’t really know what it has to do with Astronauts or space.

From Walsh’s 6th solo album with Joe Vitale.
The lyrics are a personal commentary, critical of then-modern American culture against Walsh's older pinball and pool generation. The lyrics also reflect a satirical view on this, with lines such as: "I feel a little bit mixed up, maybe I'm obsolete".

The song was first demoed in 1964 and sat around for four years before it was recorded.

Originally intended for the A Hard Day’s Night soundtrack, ‘I’ll Cry Instead’ was replaced with ‘Can’t Buy Me Love’ at the request of director Richard Lester. It was restored for an opening collage sequence during the film’s 1986 VHS reissue.

John Lennon stated: “I wrote that for A Hard Day’s Night, but Dick Lester didn’t even want it. He resurrected ‘Can’t Buy Me Love’ for that sequence instead. I like the middle eight to that song, though – that’s about all I can say about it.”

Lennon’s wife Cynthia later described such songs as reflecting “the frustration he felt at that time. He was the idol of millions, but the freedom and fun of the early days had gone.”

‘I’ll Cry Instead’ was recorded on 1 June 1964. During the same afternoon session The Beatles also recorded ‘Matchbox’ and ‘Slow Down’.

Converted to Islam when in his 20s, and changed his name to Ahmad Jamal in 1950.

"Mr. Tambourine Man" was written and composed by Dylan in early 1964 after attending Mardi Gras in New Orleans. The Byrds recorded their version of it in April 1965 (the only song by The Byrds that featured The Wrecking Crew musicians instead of The Byrds playing, with the exception of Roger (Jim) McGuinn on guitar).

In August 1964, the band's manager Jim Dickson acquired an acetate disc of
"Mr. Tambourine Man" from Dylan's publisher, featuring a performance by Dylan and Ramblin' Jack Elliott. To further bolster the group's confidence in the song, Dickson invited Dylan to hear The Byrd’s rendition. Dylan was impressed, enthusiastically commenting, "Wow, you can dance to that!” That was when he decided to go electric a year later.

This song has been performed and recorded by many artists, including: Judy Collins, Odetta, Melanie, and William Shatner.

Cindy Church first came to prominence as a back up singer for Ian Tyson as a member of the Chinook Arch Raiders. Other members of the band formed The Great Western Orchestra with her. The group recorded an album for Sony Music Canada and received a 1990 Juno Award nomination for Best Country Group or Duo. Church won Female Artist of the Year at the 1993 Alberta Country Music Awards.[6] That same year, she joined singer-songwriters Sylvia Tyson, Caitlin Hanford and Colleen Peterson to form the country and folk music group Quartette. She is also a member of the group Lunch at Allen's and performs in a tribute to Hoagy Carmichael, "The Nearness of You."

Judge Julius Hoffman was infamous as the judge who sentenced Lenny Bruce of obscenity charges. He is best known as the judge who presided over the trial of the Chicago 7. All seven were found by a jury to be not guilty of conspiracy, but five of the defendants were found guilty of inciting a riot, and Hoffman sentenced each of the five to the maximum penalty: five years in prison and a fine of $5,000, plus court costs. In addition, Hoffman sentenced all eight defendants and both of their lawyers (William Kunstler and Leonard Weinglass) to lengthy jail terms for contempt of court.

So John Prine goes and outs in one of the sweetest ‘I love marijuana’ songs of the day: Illegal Smile.

Puerto Rican parents living in NYC. As a child, he was described as hyperactive, and after neighbors complained of hearing seven-year-old Puente beating on pots andwindow frames. Deeply influenced by the jazz drummer Gene Krupa. During the 1950s, Puente was at the height of his popularity. In 1979, Puente won the first of five Grammy Awards.

After a show in Puerto Rico on May 31, he suffered a massive heart attack and was flown to
New York City for surgery to repair a heart valve, but complications developed and he died during the night of May 31 – June 1, 2000. He was posthumously awarded the Grammy Lifetime Achievement Award in 2003

Everybody’s getting excited about the Toronto Blue Jays but: “If only they had a closer!” Like they had in Tom Henke, The Terminator. This song’s a talking blues with chorus, sung by Toronto heavy-weight singer Roy Kenner (Mandala, Bush, James Gang).

My friend Paul Lyon turned me on to these guys. He knew Moose Moszynski who sent this tape to me.

Originally recorded on Stoneway Records and leased in Canada to Boot.

So many amazingly great songs were recorded and later released by Fleetwood Mac from their early days with the late guitarists, Peter Green and Danny Kirwin.

Formed by percussionist Matt Zimbel and bassist Henry Heillig in 1979. received a Juno award in 1989 for Instrumental Artist of the Year. Have recorded 11 albums

Considered to be a “Sunshine” group,  MGM Records signed Every Mothers Son as a clean-cut alternative to the 1960s counterculture. Songwriter Wes Ferral was impressed with them; he had composed songs such as "Hang on Sloopy", "Boys" (covered by The Beatles), and "Come a Little Bit Closer" and wanted them to do something with Come On Down To My Boat. (The song was originally recorded by a band called “The Rare Breed” who would shortly change their name to Ohio Express, one of the truly horrible bubble gum groups of the time, under the title "Come and Take a Ride in My Boat".) The EMS recording of the song was their only real ‘hit’; they broke up in 1968.